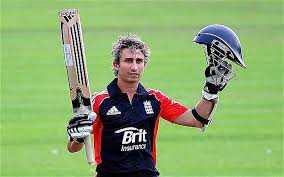 James Taylor has blossomed since entering the International Arena, while his England team mates have struggled, he most definitely hasn’t.

With the cricket World Cup is very much in full flow now, this tournament promises to be a cracker. The team here at Asian Sunday take a look five players who we think will ‘light up the tournament’.

Although the World Cup is just a few games old there are already a few players who are catching ‘the headlines’. In New Zealand’s emphatic win over Sri Lanka, unsurprisingly Corey Anderson caught our eye as well as his New Zealand team mate and captain Brendan McCullum. Ultimately we want to chose some players that you might not be aware of.

The New Zealand all-rounder who hit the headlines with the fastest one day international at the time off 36 balls is a key player lower down the order for the Kiwis. Even in the World Cup Opener against Sri Lanka,Anderson showed the cricket world why he is a key player for the Black Caps. A cleaner striker all around the ground and a decent bowling option, Corey Anderson could be a key man for New Zealand in this years World Cup- but also for many years to come for New Zealand overall.

When analysing a game, not many would give a mention to a player on the losing side – but James Taylor’s brilliant knock was the undoubted highlight of a very lacklustre England performance against co- hosts Australia. Although small in size this young Englishmen is very quickly becoming a man of ‘giant stature’. After a good season for Nottinghamshire the 24 year old has finally been given his chance at International level. Taylor may have a different style to Corey Anderson – but will be effective in a slightly different way. England have been crying out for so many years for a player who can rotate strike and remain calm under pressure. In James Taylor we are convinced England have their man.

The 26 year old Harris Sohail has only just broken on to the international scene now, how the world of cricket mourns over that fact. Sohail a 26 year old left handed all rounder is truly the whole package, a very useful spinner of the cricket ball and a clean striker of one. For us though it’s Harris Sohail’s very good temperament in pressured situations that have already impressed us in his career so far.

In a batting line up including Rohit Sharma (a world record holder) , Virat Kohli and MS Dhoni, you might be surprised that we picked out Rahane. The Rajasthan Royals opener has been selected in our list for his temperament and all round good game, a similar reason to James Taylor. A batsmen who has exceeded in all formats, Ajinkya Rahane could be a key factor in the tight games. Rahane does boast of scoring centuries in England and South Africa, Rahane has all the shots so it’s fair to say the 26 year old can most definitely ‘walk the walk’.

Just like Rahane, Miller is potentially another surprise choice – but if you have watched the Indian Premier League in recent months, I really don’t think anyone will be that surprised why he has made our list. The Punjab Super Kings player like Corey Anderson is destructive if the bowling is to straight. Time and time again the Punjab player has made big knocks when his team needed him. Although Miller maybe unproven in International cricket, we feel it’s a matter of time before the whole cricket world takes notice of this man. Well it’s always going to be tough to be seen as dangerous batsmen, especially when you’re in the same side as AB DeVilliers.

The best thing about tournaments like this one is that it help other players get noticed that even we might have failed to notice. Regardless who plays in this tournament, the tournament it self plans to be a cracker. 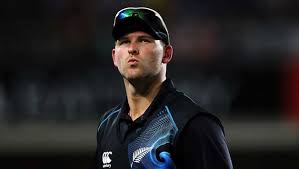 New Zealand’s Corey Anderson hit a brilliant 75 off 40 balls which set up a convincing 98 run win.

New Zealand carried on their recent impressive form with another emphatic win over Sri Lanka to get their World Cup campaign off to the best possible start. The Kiwis dominated from the off against their Asian opponents, as Sri Lanka’s miserable form against the Black Caps continued.

It was the visitors Sri Lanka who won the toss and they decided to field, which possible could be argued turned out to be a very bad decision.

After the departure of their captain New Zealand’s scoring slowed dramatically at that point. Martin Guptill and the new batsmen Kane Williamson in particular were having issues with Sri Lanka’s tight bowling. The pressure further intensified when Martin Guptil, who played a brilliant anchor role to McCullum, departed for 49.

The Black caps who enjoyed a 4-2 series success before the start of the World Cup were in danger of letting a position of utter dominance slip through their fingers. A third wicket which was worth 57 looked to have rebuilt the innings – but when two wickets fell with out a run being scored, New Zealand were back under pressure.

A 65 run fifth wicket partnership allowed New Zealand to steady a rocking ship. First Grant Elliott (29 off 34 balls) and the normally attacking Luke Ronchi (29 off 32 balls) reigned in attacking instincts to allow Corey Anderson (75 off 46 balls) to go on a boundary hitting spree which included 8 fours and 2 sixes.

Those contributions allowed the Black Caps to regain a stranglehold on this match. The co-hosts ended up racking 331-6. Considering New Zealand at one stage were 193-4, you have got to say that’s a pretty decent effort.

For Sri Lanka it was definitely a case of what could have been. Lasith Malinga who has just come back from a long injury layoff understandably looked rusty and wasn’t his usual ‘slinger’ self. Malinga’s opening bowling partner Nuwan Kulasekra was just as disappointing. Such was the struggles of Sri Lanka’s opening bowling attack that nearly half of New Zealand’s runs came of Malinga and Kulasekra’s bowling.

The 1996 World champions were already up against it even before their innings commenced. One might not blame Sri Lanka for thinking “here we go again”. To the visitors credit however they did get their run chase off in solid if not spectacular style. The opening pair of Lahiru Thirimanne and Tilkeratne Dilshan went about their task well.

However when Dilshan was first out, ‘the wheels’ soon came off Sri Lanka’s already very difficult run chase – but with the next batsmen being Kumar Sangakarra, the Asian side must have felt reassured that their chase won’t falter just yet. The Sri Lankan pair of Thirmanne and Sangakarra were starting to frustrate the co hosts – but when the Sri Lankan vice captain Thirimanne was dismissed off the bowling of Trent Boult for a well played 67, many dismissed Sri Lanka’s chances.

Those sceptics were to be proved right as five more wickets fell before the score reaching 200. A valiant 46 from Angelo Matthews couldn’t save Sri Lanka – and there doomed run chase ended on 233.

A great start then from the co-hosts New Zealand who look like they have most definitely picked up from where they have left off. As for Sri Lanka its another disappointing defeat and although this defeat is disappointing it’s not ‘the end of the world’ just yet. A game Afghanistan next Saturday would be a good game for the Sri Lankan’s – but even they won’t be easy.

As for New Zealand they face Scotland in a game what could strengthen their position in the World Cup.