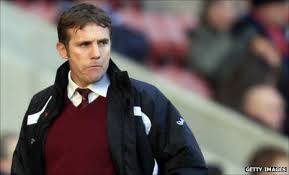 Bradford boss Phil Parkinson would have been disappointed with the draw against Scunthorpe which saw the Bantams lose ground on their playoff rivals.

Bradford after securing an impressive win at Chesterfield last weekend which kept alive their playoff hopes, were looking to carry on that winning mentality against Scunthorpe. As for ‘The Iron’ they were looking to climb up the table after recently appointing former Manchester United midfielder and Coventry boss Mark Robins, who has seen his side go an impressive eight game run.

The home side had Jordan Pickford continuing in goal in place of Ben Williams while the visitors included FA cup goal scorer Paddy Madden in their side.

The game itself was a hard fought contest, the Bantams starting the better by grabbing the games first goal after 32 minutes. Jonathan Stead who has been a key player for Bradford in recent weeks, combined with Rory McArdle on the edge of the box who went on to score the opening goal.

Many would have thought at that point that the home side would go on to win the game quite comfortably, especially since Scunthorpe were involved in a record breaking penalty shootout win against Worcester City during the week.

The visitors to their credit however were not to be overawed by going a goal down and had two goals disallowed. Defender Miguel Llera thought he scored midway through the second half and Scunthorpe’s top scorer Paddy Madden were the unlucky men for The Iron.

Scunthorpe’s pressure would eventually pay off however as substitute Hakeeb Adelakun scored in stoppage time with an angled shot which left home keeper Jordan Pickford with no chance. The match finished all square which is a better result for Scunthorpe than it would be for Bradford.

The Iron go up to 18th with this result and are now unbeaten in nine games, as for Bradford they have lost ground on the teams above them who just like the Bantams would be looking to secure a place in the playoffs by the end of the season. With the next round of matches on boxing day and a lot of matches to come in such a space short of time, the Bantams will be hoping the sides above them lose points over the festive period.